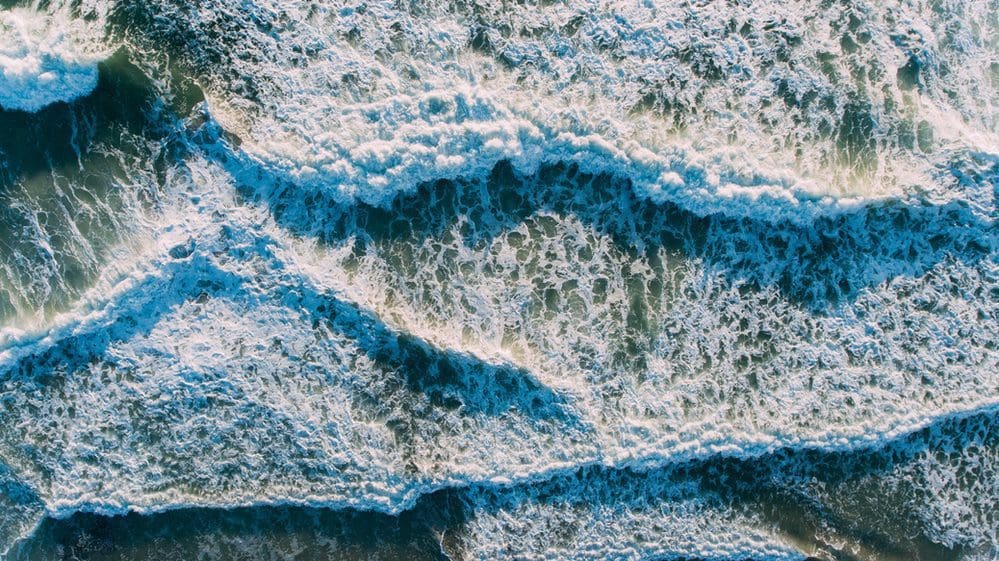 Whether you’re just starting our paddleboarding on the sea or you’re becoming a bit of a pro at it, the tides are something that anybody who has been out on a paddleboard on the ocean or harbours within the UK will have experienced. Sometimes the tide can be so far in that there is hardly any beach and other days you have to walk miles just for your toes to hit the water.

You may have even felt the effect of tides whilst paddleboarding, in one direction it feels really easy and quick to paddle, but coming back it can feel like a totally different body of water. Understanding the tide can be a little confusing because every day the time and height of the tide can change. But, understanding them properly isn’t something which many people do, but it can be something of great importance and even something which can end up saving your life.

The moon and the sun have their own gravitational fields, much like the Earth. Whilst they won’t pick us up and make us float off into space, they are powerful enough to move the oceans around the planet…literally pulling the sea towards them. Like the moon and the sun and the Earth all spin around each other sometimes we find ourselves where the water is being pulled highest (high tide) and sometimes totally away from that spot (low tide).

What do tides do?

DIRECTION – which way are they flowing in. Tides tend to go for 6 hours in one direction, turn around and go 6 hours the other direction and continue this on a loop, never-ending.

SPEED – When tides change direction, they do so slowly and build up speed. 3 hours later, halfway between high tide and low tide, they are going at their fastest. They then slow down again as they get to the point that they are going to turn around and go the other way. This process continues on and on.

HEIGHT – As the tide floods, the water has to go somewhere, so it gets deeper. It’s that simple!

SPRING TIDES – This has absolutely nothing to do with the season as you might think. Sometimes, the moon and the sun are aligned, and working together at pulling all that water in the same direction. So, high tide is higher, and low tide is lower. This is a Spring tide, which has the biggest range, which is the difference between high water and low water.

NEAP TIDES – the sun and moon are now working against each other as they are now totally misaligned in the sky. High water is much lower, and low water is higher. Therefore the range is much smaller. Then, the moon and sun slowly start to come back into alignment, so the cycle then repeats the other way, so one week after NEAP TIDES you are back onto Spring tides with a fully aligned moon and sun. So, there’s a two-week interval between Spring tides.

So, what does this mean?

Well, if you put your bags down on one set spot on the beach, but you’ve only ever done this on NEAPS, and this time you go for a paddle on SPRINGS, you are going to come back to either wet or washed away belongings, and nobody wants that! Also, as there is more water being pulled around the planet on SPRINGS, but that water still only has the same 6 hour time to make its journey, it has to go faster. So, you might be able to paddle and make progress against the tide on the slower NEAPS, but on the faster SPRINGS, you are going backwards. Make sense?

We will get 2 high tides and 2 lows tides most days, but each day the time of tide slightly changes.

The reason why tides aren’t at the same time every day is that there is roughly 6 hours and 12 minutes between high and low tides.

When is the best tide for paddleboarding?

The safest and best tide for paddleboarding in the UK will be during slack water, which is roughly an hour on either side of high or low tide. This is because the water is pretty still at this point and the tide is not moving in any direction.

This slack water happens because the tide has come in or gone out as far as it can and is about to turn around and head in the opposite direction.

For beginners, paddleboarding is most fun when the water is still and the current is weak. During slack water, you can focus on perfecting your paddleboarding skills and not worry about drifting in either direction.

For more advanced paddleboarders who understand the tides, you might look for surf. The biggest surf is normally on an incoming tide (from low to high) usually 2 or 3 hours before high tide.

When is the worst tide for paddleboarding?

In most locations across the UK, the worst and least safe tide time for beginners to go paddleboarding is mid-tide.

The time between high and low tide is just over 6 hours, and mid-tide will be between these two times. It’s almost always advisable to avoid the middle 2 hours, this is when the current will be at its strongest.

Once you have a basic understanding of the tide times, we then suggest using the app ,My Tide Times to help you plan a safe trip out on the water.

To see what other apps we recommend, have a read of our blog post ,The 6 SUP Apps Every Paddle Boarder Should Have.

Hopefully, this post has given you a bit more of an understanding of the tides and allows you to go and make some amazing, safe Saltie memories!